Chambers Europe singled out Ţuca Zbârcea & Asociaţii as the best Romanian law firm during an awards ceremony aimed to honour those firms with outstanding performance over the past 12 months on the basis of the independent research carried out for the 2020 edition of the Chambers Europe guide.

Originally scheduled to take place in Madrid, Spain, the event has been made digital, given the growing concern around the recent developments resulting from the coronavirus (COVID-19) outbreak. 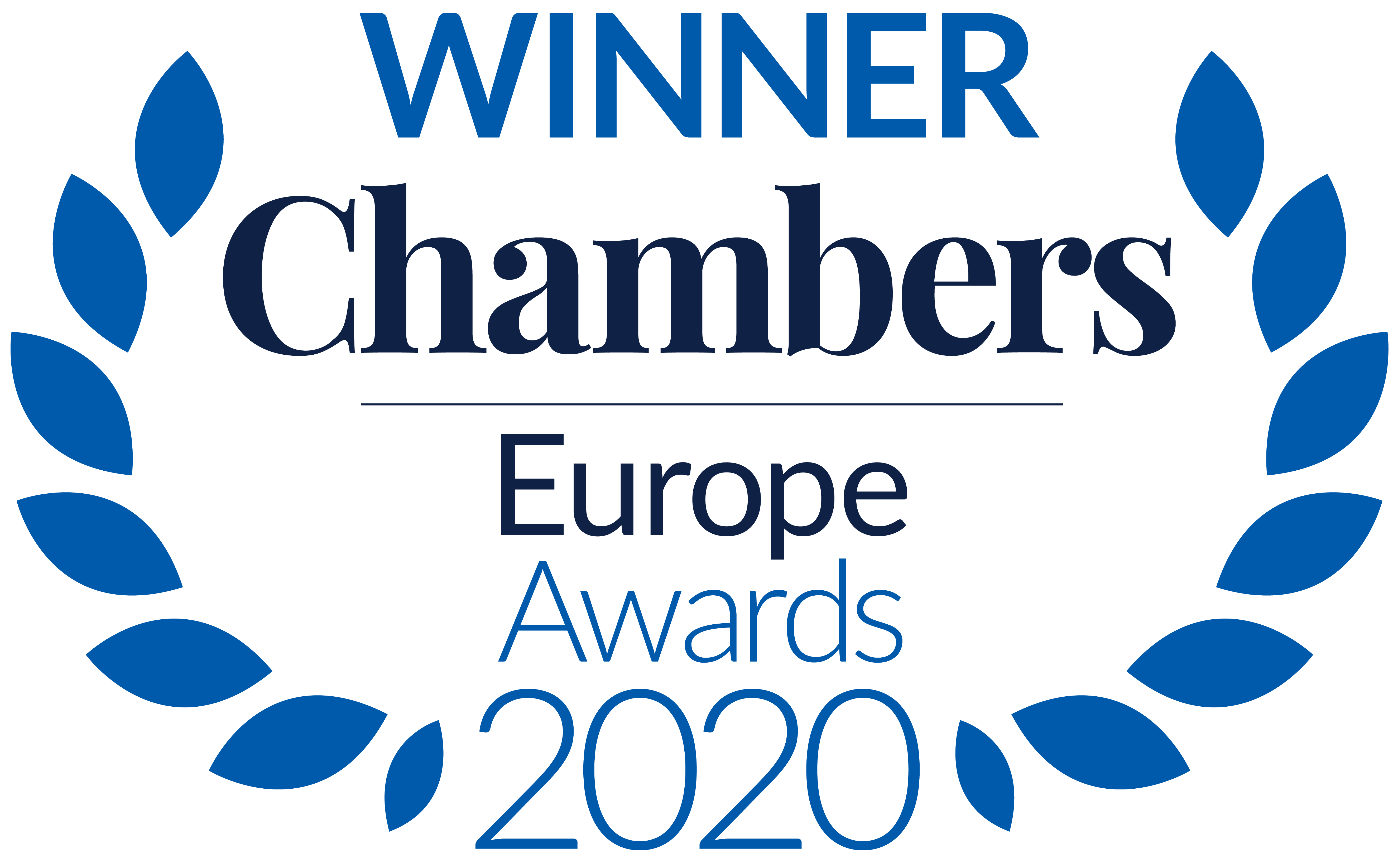 Ţuca Zbârcea & Asociaţii won the “Law Firm of the Year” Award for Romania against strong competition from four other national and international law firms. The award recognises both pre-eminence and notable achievements over the past year, including outstanding work, impressive strategic growth and excellence in client service.

A list of shortlisted firms and winners at the Chambers Europe Awards 2020 can be found on https://chambers.com/events/chambers-europe-awards-2020.