Successful business – but not for profit? Bringing the British model to Romania

Bucharest – 23 May 2022. One of my favourite Romanian expressions from the past is “munca patriotica in zadar” or, as I understand it, “patriotic (i.e. “volunteer”) work which generates no productive result”. Nowadays volunteering is now seen as an important part of civic virtue and corporate social responsibility, as well as potentially offering the volunteers advantages such as greater experience, skills, exercise and so on. This is, in my view, definitely a good thing for Romanian civil society and for business culture. 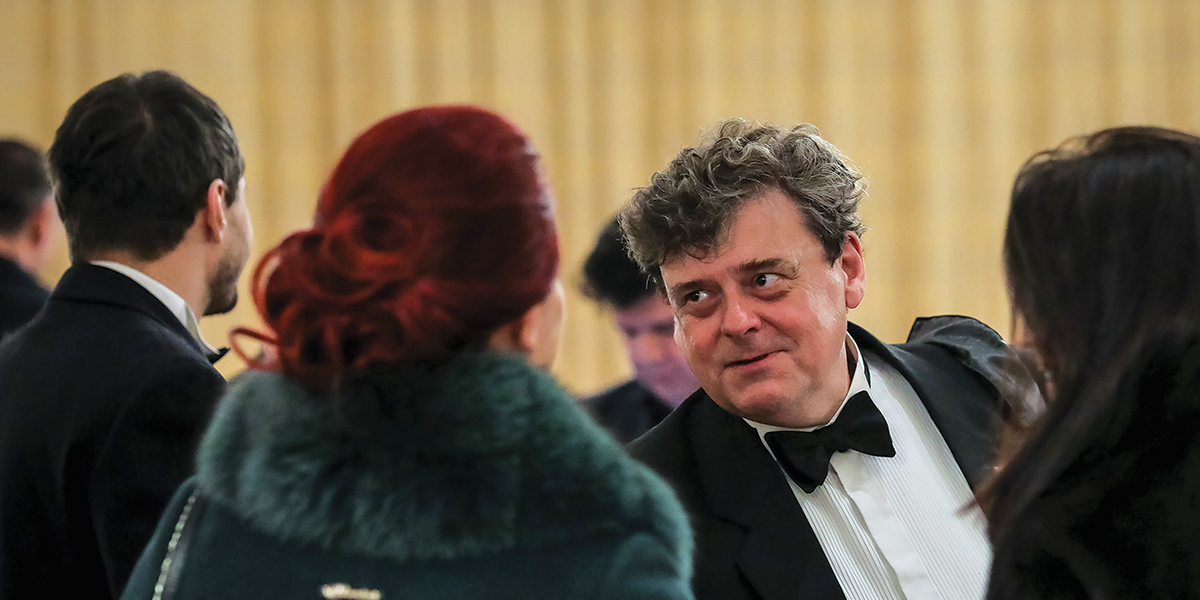 There are many worthy causes in Romania which benefit from the efforts of volunteers, whether on an individual basis or as an organised CSR project of a company. Some work carried out by volunteers causes no surprise, be it planting trees, clearing rubbish or repairing monuments which are at risk of deterioration or collapse. But what about the situation when the volunteer activity may itself be seen as performing a business activity?

It may come as a surprise to Romanian readers that there is a part of the UK’s heritage and cultural sector which is seen as sufficiently important to merit an All-Party Parliamentary Group to support its activities and which depends on volunteers doing similar kinds of work to that carried out by paid employees in other sectors of the economy. The All-Party Parliamentary Group noted that in 2011 this part of the sector had annual earnings of £92 million and provided the equivalent of 3,713 full-time paid jobs – but relied on the voluntary work of a further 18,529 people. The activities are far from elitist: again in 2011 the All-Party Parliamentary Group noted that 10.3 million people had visited locations where these heritage and cultural activities were offered. This is clearly an important and serious business, but the ratio of employees to volunteers engaged in it should give the clue: this business is “not for profit”. So what is happening here and is there scope for Romania to copy this successful business model?

“Not for profit” should not mean that there is no profit: any type of business activity which cannot generate enough income to cover its costs as well as a reserve for the future is unlikely to be sustainable. In this case it means that the profits generated by the business are re-invested in it, rather than being distributed to shareholders – and the shareholders are very likely to be the people who are doing the voluntary work in the business.

What is this part of the heritage and cultural sector – which can also be stated to be part of the UK’s tourism offering? The answer may surprise many in Romania, but it is the preservation of what are called heritage railways.

What is the difference between heritage railways and other railways? In some cases, not very much – although the difference is growing as the commercial railway network is (hopefully) modernised and developed. The essence of a heritage railway is that it preserves railways as they have been run in the past, both in the built environment and also as regards locomotives and rolling stock. On a heritage railway, there should be the appearance that time has stood still – even if the trains themselves do not.

In theory, Romania should be well-placed because some railways are themselves registered as historic monuments, with all of the legal protections which this status should bring. Similarly, some items of rolling stock are regarded as part of the national patrimony.

In reality, however, there are examples of where this status has instead brought obstacles and problems. Underlying this is the apparent disconnect that on the one hand, a railway is a public asset intended as a means of transport which can be exploited in concession, but on the other hand it has lost its place in the transport system, is unlikely ever to be capable of profitable commercial exploitation and further should be maintained as (where relevant) a historic monument.

The narrow-gauge railway from Sibiu along the Hârtibaciu valley to Agnita is a very good example. This line closed to passenger traffic as part of the Romanian national railway system some twenty years ago. It was however listed as a historic monument, which prevented the rails being lifted officially and sold for scrap. Most of the carriages and wagons were however removed and many were sent for scrap. Other locomotives were preserved, in the sense that they were not sent for scrap but were left to stand on display in the open air.

Even where items are not stolen or damaged, a railway line, its stations and bridges as well as its locomotives, carriages and wagons will not remain in good condition unless they are regularly maintained, but maintenance costs money. Should these costs come from Romania’s transport budget? Given that there is a modernised county road along the valley with a good service of busses, it is hard to see why such a cost can be justified – Romania needs to spend money on developing the actual transport networks instead.

Should the money come instead from the cultural budget? Again it is hard to see that it should – and there is the point that unlike national patrimony objects such as paintings and objets d’art, railway rolling stock is better preserved by being maintained in working order and used occasionally, which also helps their educational value as their working can be demonstrated. Left in the open air, they will eventually rust away.

Operation of historic railway lines with historic locomotives and carriages requires people to maintain, repair and operate them – jobs which are also done on the “for profit” railway. It must however be recognised that they are not being exploited commercially in the way which the rest of the state-owned railway network is and that they cannot support the number of paid employees which the national network can. The answer is to follow the UK model and involve volunteers to take on the bulk of the work, so as to make the operation sustainable. Yes – the volunteers will be running a business. Yes – it should be expected that the project will generate a limited number of paid employee positions, but the real benefit will be indirect, creating opportunities in the areas where the heritage railways are located. A successful heritage railway can form an important part in the tourism and cultural offering of those areas, attracting visitors and creating sustainable paid jobs to cater to those visitors. Economic studies noted by the UK’s All-Party Parliamentary Group on Heritage Railways found that for every £1 invested in such railways, a mean average of £2.71 is added to the local economy.

It works in the UK: why should Romania be any different? If readers doubt that there is a pool of enthusiastic Romanian volunteers willing to preserve and operate some historic railways in Romania, a visit to the Sibiu – Agnita Railway on any Sunday during this summer should show what can be achieved with imagination and determination by volunteers. (Mocănița Văii Hârtibaciului – sibiuagnitarailway.com)