This year, the partners of the law firm STOICA & Asociații decided to grant  the Excellence award for the entire legal career to Ioan Leș, PhD, Professor from the Faculty of Law “Simion Bărnuţiu” of the University “Lucian Blaga” Sibiu, in recognition of his scientific work, for the pertinent points of view and the staunch positions adopted in defence of the values ​underpinning the normative system of the civil process and the conceptual construction of the science of civil procedural law. 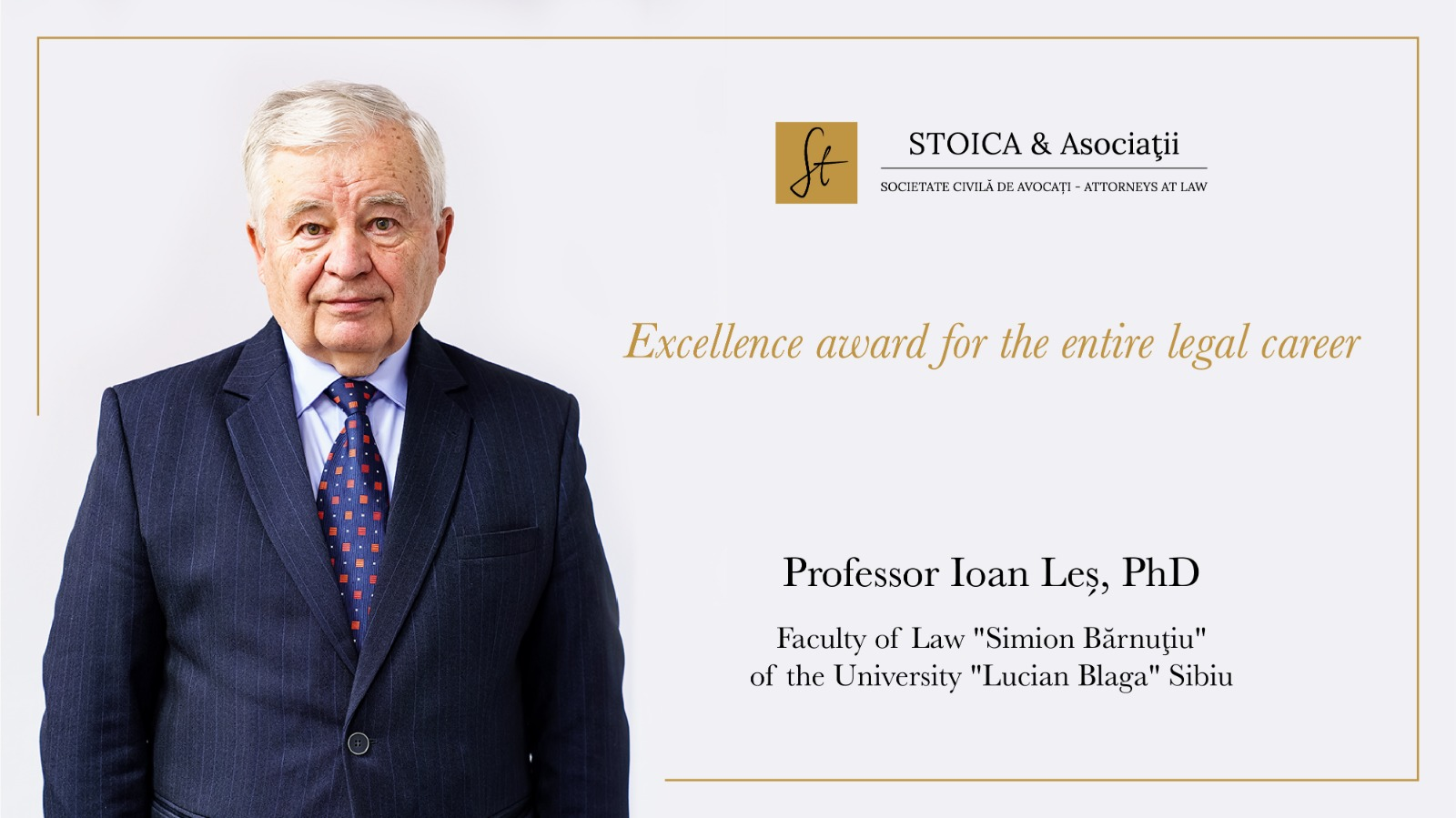 “People build the institutions and their prestige. Sometimes, not very often, a personality builds a professional career and a moral profile with intelligence, perseverance, and creativity for decades, acquiring the dimensions of a real institution. Professor Ioan Leș, PhD, is not only the academic around whom the Faculty of Law from Sibiu was built, in a form reborn in the post-December period, but also the personality that became a real institution.” argued Professor Emeritus Valeriu Stoica, PhD, and Founding Partner of STOICA & Asociații the granting of the legal award in the letter of motivation.

The prize was awarded during a ceremony, which took place at the headquarters of the law firms STOICA & Asociații, on November 8. On this occasion, Professor Ioan Leș, PhD, gave a lecture entitled Reflections on establishing the truth in judicial proceedings: realities and perspectives.

In their professional activity, the lawyers from STOICA & Asociații always remain faithful to the founding principles: Fidelitas, Integritas, Fortitudo.