Leading local law firm RTPR and leading global law firm Allen & Overy have collaborated for 12 years under an association agreement. From 2 March the two firms will continue to partner on domestic and international projects under a new relationship agreement. For local projects Radu Taracila Padurari Retevoescu SCA will refer to itself as RTPR. The name change follows A&O’s practice for the offices it does not own but partners with on transaction, cases and advice. Radu Taracila Padurari Retevoescu SCA (RTPR) is owned exclusively by the 6 Romanian partners – Costin Tărăcilă, Victor Pădurari, Alexandru Retevoescu, Mihai Ristici, Valentin Berea, Alina Stăvaru.

“We are proud to be the reference firm for, and to have worked together with, Allen & Overy on numerous landmark deals in 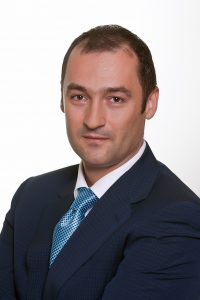 Romania and the CEE region over more than 12 years. Having a new relationship agreement with Allen & Overy is once again testimony to RTPR’s highest quality standards of advice and ethics and further cements our position as a leading transactional firm in the market”, stated Costin Tărăcilă, Managing Partner of RTPR.

A&O senior partner Wim Dejonghe said: “We value our collaboration with RTPR and are pleased this will carry on under the new arrangement. We will continue to provide the highest quality legal advice in Romania and the CEE region, which are important markets for us and our clients.”

Some of the projects in which RTPR and Allen & Overy have worked together include: