MPR|Partners started the year with two partnership promotions in Bucharest, giving a new impetus to its corporate, financial services, dispute resolution as well as IT teams. 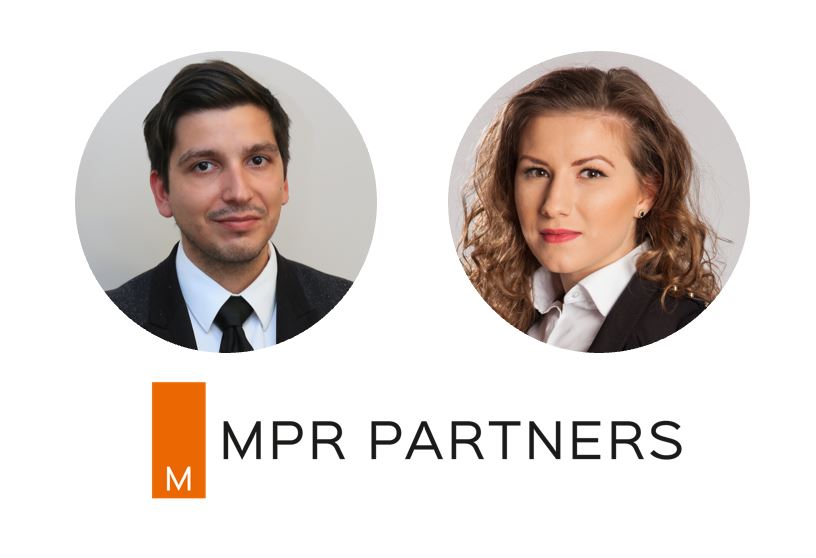 Daniel Alexie has been promoted to partnership and he specializes in corporate M&A as well as financial services, regulatory matters and IT. He has been with MPR|Partners since 2016 and has been admitted to the Bucharest Bar in 2014. He currently serves a client portfolio consisting of global companies, major international investment groups, financial services companies and international law firms. Daniel holds an LL.M in Business Law from Bucharest University and has been bestowed Finmedia’s Telecom, IT, Consumer protection Award of Excellence in 2021. He is a frequent contributor to high profile national and international legal publications.

Anca Băițan has been promoted to partnership and she holds considerable expertise in the fields of insolvency, bankruptcy, litigation and arbitration, in both national and international cases. She has been with the firm since 2016, having been admitted to the Bucharest Bar in 2013. She has successfully handled a large number of disputes for international and local corporations, public authorities, State owned companies and NGOs. She holds an LL.M in Private Law from Bucharest University and has been bestowed Finemdia’s Insolvency, Litigation and Arbitration Award of Excellence in 2021. She is a frequent contributor to high profile national and international legal publications.

„We have considerably strengthened our practices these past years and welcome the contribution of our new partners to the firm’s management. This is wonderful, well done to all of our colleagues, we salute their experience in relation to the workload ahead.” Gelu Maravela, Founding Partner

„I am convinced that this year is going to be filled with achievements and further developments on both local and international levels. Our firm acknowledges and rewards its team members’ efforts and encourages career development. Congratulations to all promoted and warm welcome to our new partners to the senior management ranks.” Alina Popescu, Founding Partner