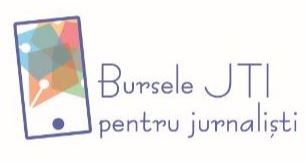 The program, launched in 2000 with JTI support, is designed for journalists who want to consolidate their professional experience and knowledge in European issues. Moreover, it helps understanding the approach of international media towards European topics.

The JTI Scholarships for Journalists will take place in three stages:

Written press, radio, TV and online journalists, specialized in the economic, political and social fields, are invited to attend. Following conditions are mandatory:

The registration file shall contain:

The pre-selection of the candidates is based on the registration file, while the selection is based on an interview.

The JTI Scholarships for Journalists were launched in 2000, as a sequel to the training program initiated in the nineties by the National Forum Foundation/Freedom House, with the support of the U.S. Government. The program’s goal is the development of knowledge and skills of journalists, by exposing them to the realities of developed democracies and specialized professional practice, first in the United States, and then in Brussels.

Thus, the participants of the current edition will join over 250 fellow journalists having benefited during the past 20 years from the JTI Scholarships for Journalists.

The program is announced every year on May 3, World Press Freedom Day. World Press Freedom Day was declared in order to raise worldwide awareness of the importance and duty to respect the freedom of expression, as provided in the article 19 of the Universal Declaration of Human Rights: “Everyone has the right to freedom of opinion and expression; this right includes freedom to hold opinions without interference and to seek, receive and impart information and ideas through any media and regardless of frontiers.”

Registration files can be submitted either online, via the www.bursejti.ro website, on the contact@bursejti.ro e-mail address, as well as in hard copy to the address: Ad Media Consult, str. Erou Iancu Nicolae, no 103, vila i-2, Voluntari, Ilfov County, post code 077190.