Bucharest, April 9, 2020 – Electrogrup, member of the E-INFRA holding, in association with Urban Scope, today announces the project and execution of upgrade works for the urban mobility infrastructure in Câmpia Turzii, with a significant Smart City component, within a contract worth 22.5 million lei, part of the most valuable European financing sealed by the local municipality.

“We continue to implement the Smart City concepts in the Romanian cities and, after we announced the first project in Romania that integrates multiple Smart City solutions at the beginning of this year, we are moving further in the smart cities race, together with the Câmpia Turzii Municipality. Our target is to increase the quality of life, an essential objective of any sustainable urban development, and we belive that, from now on, all urban modernization projects in Romania must integrate, besides the core component of civil constructions at European standards, Smart City components that can ensure the evolution towards digitization,” said Dragoș Nedelea, Smart City Development Director, Electrogrup. 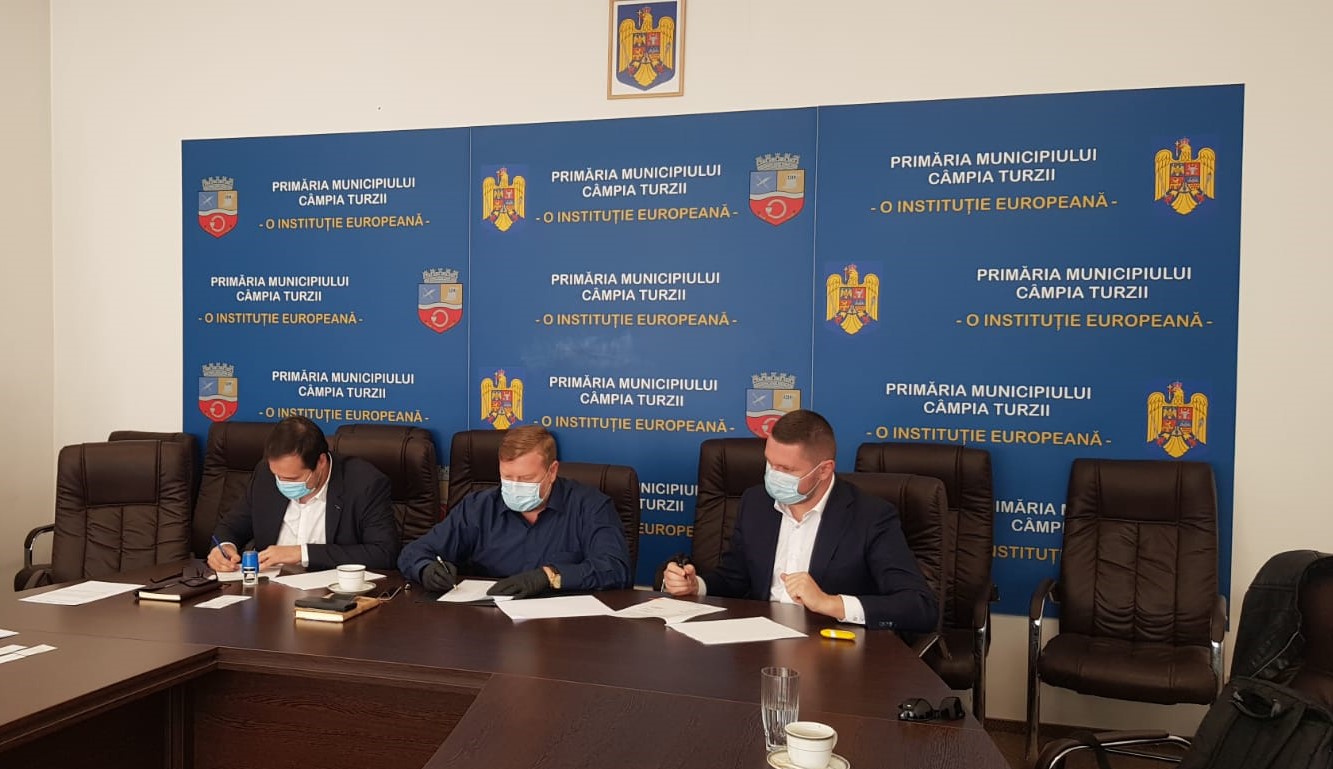 According to the contract signed on April 8, 2020, the projection and execution period for the works is of 20 months.

“Regardless of the global situation, the pandemic, any other hardship, Câmpia Turzii keeps developing and life in our city goes on. The most eloquent example is the signed contract, which will start a series of rehabilitation works of the roads and sidewalks, on a significant number of streets. We will have modern roads, bicycle lanes and further on we’ll follow-up with the purchase of buses, bike-sharing stations and everything else provided in the financing contract. I thank the City Hall colleagues and our project partners for the steps taken so far and assure citizens that the development of our city is a priority,” said Dorin Nicolae Lojigan, Câmpia Turzii  Mayor.

Earlier this year, Electrogrup also announced the start of the implementation of the first integrated Smart City project in Romania – the modernization of the public transport waiting stations in Piatra Neamț, within a contract worth over 21.1 million lei.

Electrogrup has an extended portofolio of complex projects in multiple construction sectors, in Romania and abroad, in countries like Germany, Poland, Belgium or the Netherlands. The company is also one of the most active suppliers of Smart City solutions for the public administration and private companies. Recently, the company has started developing a multy-storey parking, equipped with smart solutions, in Oradea, as well as the layout and runway for the Brașov-Ghimbav Airport.

Starting with 1997, Electrogrup offers and supports long-term partnerships for construction projects in various fields. The company provides energy infrastructure, telecommunications, civil construction and smart city services, being an active supporter of the evolution and growth of the quality of life through a modern and quality infrastructure.

Electrogrup SA is part of E-INFRA, a group of five companies active in the fields of energy and telecommunications infrastructure, along with Netcity Telecom SRL, Direct One SA, Nova Power & Gas SRL and WESEE SRL, which currently brings together more than 600 employees and has generated a consolidated turnover of over 110 million euros, in 2018. More information is available at www.electrogrup.ro and www.e-infra.ro.