BELLE LANGUAGES and PARTNERS – “The Excellence of British Education”

Belle Languages is proudly announcing that two of its students have been accepted to continue their studies at British School of Bucharest – “the British leading international centre of academic excellence in Romania”.

We are happy to introduce:

– Alex D – Belle Languages spokesman. An academic oriented  and leader to be young man. Alex has proudly represented Belle Languages since its beginning (2012) promoting the QUALITY of our academic studies and results in exams in English.

At this very stage, Alex is preparing to sit his Advanced Level Exam (CAE) 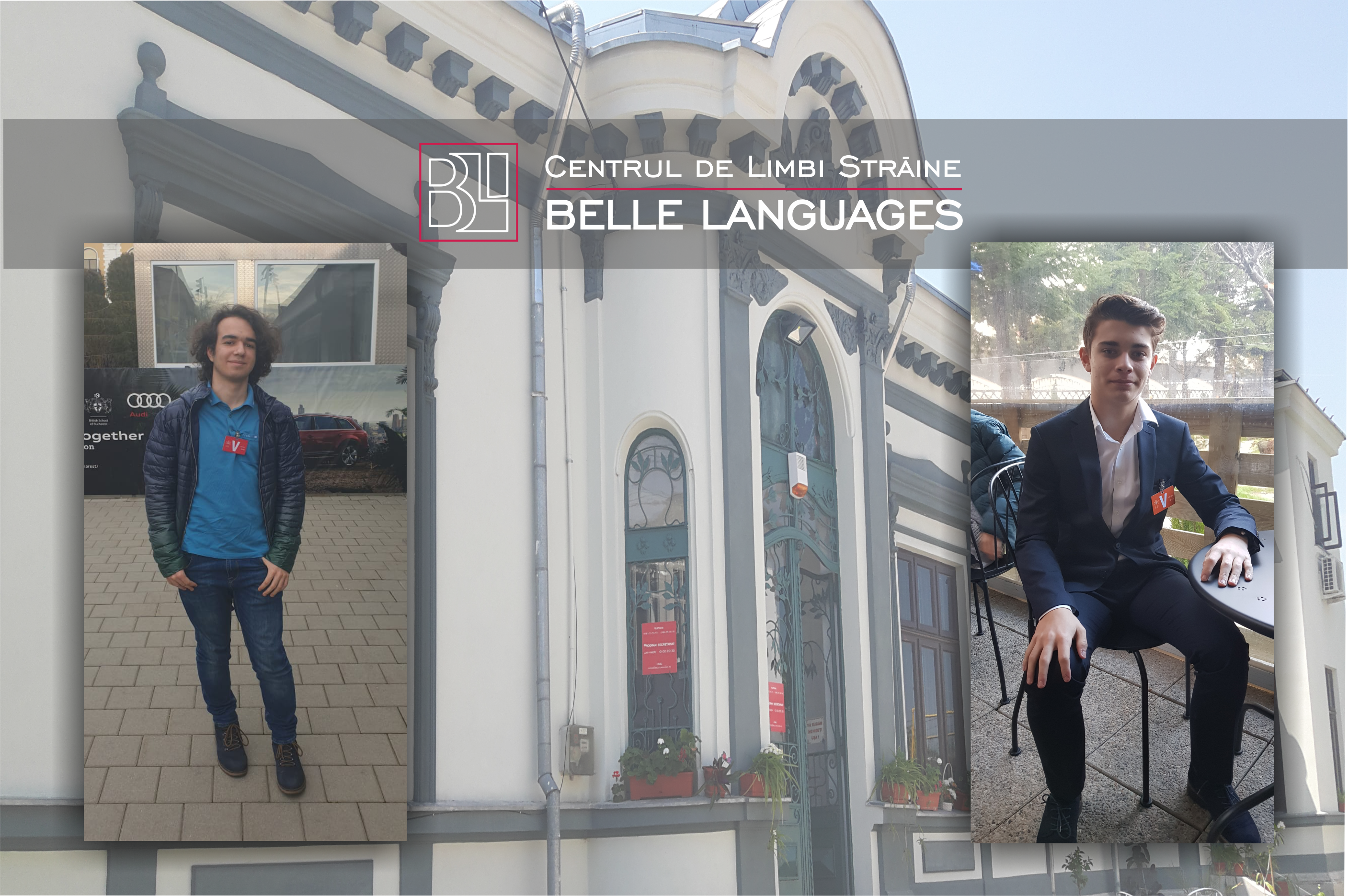 Furtermore, he has attended for the last 4 years multiple national competitions in Computer Science and Mathematics where the results received were according to his academic interest.

Tudor C – a very talented young man that performs excellently in everying he enjoys and pasionally studies. Tudor has been studying English in Belle Languages since 2012 and has been awarded MAXIMUM results in all Cambridge exams he had sat. At this very moment he is preparing with us for the Advanced Level C1 (Cambridge Advanced English).

For the last 5 years, Tudor has taken part in different Mathematics, Physics and Computer Science at the national level, returning with brilliant results.

We pride ourselves in having created a centre where the educational quality, excellence and partnerships inspire our students to exceed their expectations and add plus value to the their school.