Things are a bit different when we are looking at how local executives see the growth perspectives of the companies they, for the next 12 months. 38% of them say they are “very confident” on how their companies will perform this year, while 50% say they are “somewhat confident”.

On the medium term, 44% of the Romanian executives are very confident about the development prospects of their companies, while 43% say are “somewhat confident”.

Romanian CEOs are significantly more confident, compared to their regional counterparts, on the medium term, with only 32% of CEE CEOs saying they are confident about growth perspectives for the next three years.

Optimism about the growth perspectives is moderated by the perceived threats to development perspectives of the Romanian economy.

Inadequate infrastructure (63%) is the main threat, followed by the changing workforce demographics (54%) and increasing tax burden (51%). The last two threats of the top five are about “availability of key skills” (47%) and “over-regulation” (43%).

Infrastructure is a continuous necessity and an omnipresent topic on the public agenda and as well on the expectation lists of Romanian business leaders. Companies are lately facing difficulties in recruiting qualified staff in the areas where they have their production facilities – “brain drain” is one of the elements creating this shortage of talents. Last, but not least, legal changes and fiscal instability that happened over the past few months have heightened the discontent of the Romanian executives.

When looking at the regional level, availability of key skills is mentioned as the main threat (51%), followed by over-regulation (48%). The last three threats (geopolitical uncertainty – 42%, terrorism – 39% and populism – 39%) identified by the regional executives are tied by the way politics influence the society, both on a local level and as well as regional basis.

In each of the last editions of the report arrised  the issue of availability of key talents. It was, each year, ranked first – 86% of the current edition’s respondents say they are extremely” or “somewhat” concerned about the availability of key skills. Looking more closely at what skills shortages CEOs worry about, we find that as many as 62% of CEOs at CEE level find it “very” or “somewhat” difficult to recruit digitally skilled talents, compared with 50% globally.

“Having carefully read the answers given by executives in this year’s issue of the PwC CEO Survey, we find that the binding element of young talent, digital technologies and organisational success is trust. At first glance things seem straightforward, but in the age of transparency (with the Internet being more widely used), trust is a hard to find currency. In order to build the necessary <<trust in Romania>> we need to offer the young generation the perspective of a better future. A country with a better infrastructure, with efficient public services, strongly tied to the european and euro-atlantic perspectives would diminish the perspectives for young and highly qualified people leaving Romania, pursuing their personal and career goals. Bringing back the 3 million of Romanians that live and work outside of the national borders is one of the keys for Romania’s development and it should be the national assumed project for the next decade”, said Ionuț Simion, Country Managing Partner, PwC Romania.

Three quarters of the CEOs in Romania and CEE say their organisations contribute to the development of the workforce through internships and apprenticeships. At the same time, two thirds of executives  that are active in sectors where the production process was automated or is to be automated say that the organizations have the responsibility for the professional reconversion of the employees that will lose their jobs once technology is introduced. The data comes in the context in which half of the Romanian executives say they understand how robotics and artificial intelligence can improve customer experience. On a different note, there is a general consensus among business leaders admitting they need to strengthen the soft skills inside the organisation alongside digital skills, as part of the human resource strategy in the technology era.

The lack of key skilled personnel determined companies to take a step forward towards education. In this respect 3 out of 4 business leaders say their organisations are working with educational institutions to attract and develop the digital talent they need. On the same note, in order to make sure they attract the best available resources on the market, 9 out of 10 executives use various strategies and tactics like modernising the working environment or implementing continuous learning and development programmes. Also, in trying to secure the best available human resources, 45% of Romanian companies are willing to relocate operational facilities closer to available talent pools and they are willing to do this despite the inadequate infrastructure most of the CEOs blame.

“Business leaders in Central and Eastern Europe have demonstrated they have the competences and the determination to grow their companies despite many economical and political problems they have faced. Today, they face a new challenge: adapting their organisations to a new world where values such as trust, engagement and purpose are just as important as dollars and cents. In this context, a very important element is the ability of companies to retain the qualified human resource. The bad news is that rivals from around the world have taken notice and are luring people away, so companies in our region need to learn to compete. The key is not just to offer higher salaries, but more importantly to offer higher engagement: helping employees connect with a sense of organisational purpose, and providing opportunities for fulfilment that go beyond just a bigger pay cheque”, said Olga Grygier-Siddons, CEO, PwC Central and Eastern Europe.

When asked to name the three countries other than the one where they’re based that are most important for their organisations growth perspectives, CEOs in the region picked the US (37%), Germany (35%) and China (22%). The same countries took the top three spots in the eyes of the Romanian CEOs, but in a different order, with Germany at 43%, The US at 41% and China at 19%. The order reflects the major importance of the bilateral relationship between Romania and Germany, Romania’s main commercial partner.

As for globalization, three out of five executives worldwide say that in the future several economic models will rise, while in Romania and Central Eastern Europe business leaders believe in economical unions and unified economical models. Similar, at global level, most of the CEOs express their opinion that we will see a process of intense competition among fiscal systems, while regional respondents, especially Romanian ones, bet on global harmonization of fiscal systems.

When talking about investments, 1% of global and US CEOs mention Romania as a country they look at. At the same time, Romania is mentioned by  4% of Central and Eastern Europe CEOs as a key investment destination this year, down from 8% in 2017 and 11% of 2016.

The need for companies to find new ways of attracting, motivating and retaining employees, by offering them engagement and purpose, is reflective of a broader tension in society. Countries in our region face the challenge of becoming more cohesive societies by increasing levels of trust. Businesses have a role to play in this process, by taking a new approach not only to employees, but also to customers and regulators. One way they can do so is by leveraging the region’s relatively high online trust to turn it into  the face-to-face kind.

In this context, 65% of the Romanian executives say they take considerable efforts to evaluate the trust degree between their personnel and the management of the company. Although high, the percentage is close behind the one regional counterparts claim (69%) as well as the global ones (71%). Three quarters of local executives emphasize on the measurement of trust level between the organization and its customers, similar with the global figure. In close connection to their worldwide counterparts, Romanian and regional executives use a wide range of tactics meant to consolidate the trust both inside and outside the organization.

PwC undertook 1293 interviews with CEOs from 85 countries between August – November 2017. For the 8th edition of the report for Romania, 68 interviews were conducted with local executives. 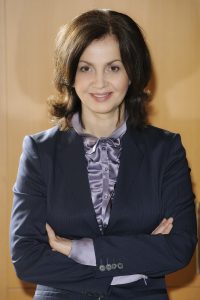 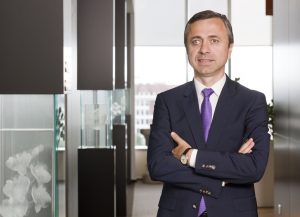 At PwC, our purpose is to build trust in society and solve important problems. We’re a network of firms in 158 countries with more than 236,000 people who are committed to delivering quality in assurance, advisory and tax services. Find out more and tell us what matters to you by visiting us at www.pwc.com.

PwC refers to the PwC network and/or one or more of its member firms, each of which is a separate legal entity. Please see www.pwc.com/structure for further details.